Photography is always an adventure

I spent Tuesday and Wednesday shooting a test at Kennedy Space Center. We were floating a capsule mockup in the water outside hangar AF. The booster recovery guys were "playing" with different methods of recovering the "crabtrap" as they called it.The first day started out very rainy, with more on the way, but it did start to clear out. This allowed Joe and I to really capture some good shots. We were shooting with 4 camera bodies, and 5 lenses. We had a T1i, a 50D, a XSi and a 5Dmkii. We had the 400 5.6L, the 17-55F2.8 IS, the 100 F2.8 Macro, the 17-40 F4L and the 70-200 F4L IS. We took well over a thousand stills and even exercised the video potential on the T1i and the 5Dmkii. 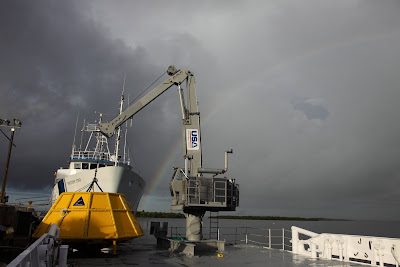 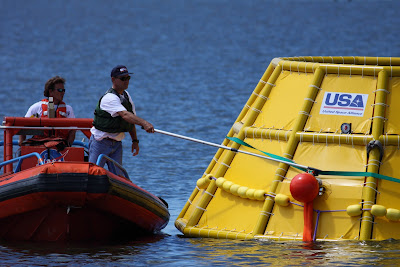